‘This is a wonderful recording of authentic Irish traditional flute playing from one of the masters of the instrument’.
Martin Hayes

‘This is a wonderful recording of authentic Irish traditional flute playing from one of the masters of the instrument’.
Kieran Hanrahan, RTE 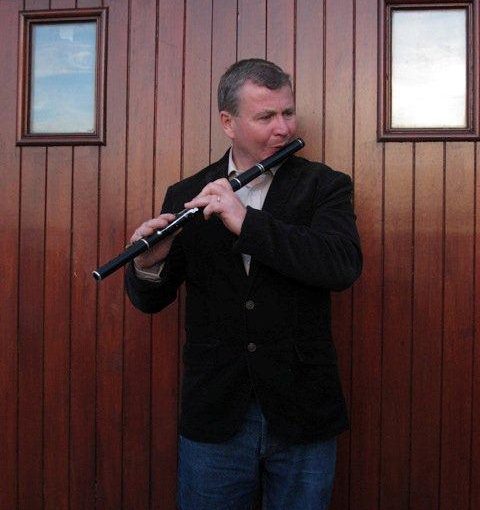 Eamonn Cotter, originally from Ennis but living in Kilmaley in Co. Clare for over 25 years, is a well known and respected flute player and flute maker. As a teacher and performer he has featured at the Willie Clancy Summer School, Blas Summer School, the Catskills Irish Arts Week, Scoil Éigse , Rencontre Musicale Irlandais in Tocane St Apre in France and at Masters of the Tradition in Bantry. He has toured widely both in Ireland, the UK, Europe and the United States. Eamonn has been a member of St. Flannan’s Ceili Band, the Tulla Ceili Band, and is a member of Shaskeen since 1989. He has recorded on many albums including his solo CDs The Knotted Chord and Traditional Music from Co. Clare. He has been featured on many radio and television programmes including ‘Geantrai’ and ‘Gradam Cheoil TG4 2009’, Canúintí Cheoil and Céard an Cheoil. As well as traditional music he also has a keen interest in Western Art music (he was awarded an ALCM diploma in 1985) and in jazz; is a member of the Limerick Jazz Workshop.